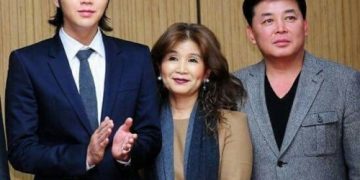 Jang Geun Suk’s mother received a suspended prison sentence and a fine for tax evasion while running an entertainment company.

The court explained, “The defendant did not report their taxes even after the tax examination and continued to evade more than 1.8 billion won (about $ 1.6 million). Considering the modes and consequences of the crime, there is plenty of room for criticism ”.

They added, “The defendant has now paid all of the tax evaded, and they have no history of being punished for a similar crime. We will consider these factors to benefit the defendant. ”

At the time of tax evasion, Jang Geun Suk was the only artist of Tree J. Jeon Company to be prosecuted for withdrawing or spending profits earned by Jang Geun Suk, abroad in countries like Hong Kong and for leaving billions of won (millions of dollars) back on the income statement.