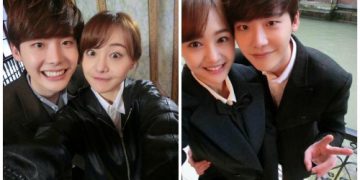 Today, Zheng Shuang is the name that is breaking the storm across China when she was revealed a scandal with her ex-boyfriend hiring a woman to give birth in the United States, then the couple denied responsibility, demanded an abortion and thrown away children for others.
Perhaps there has never been an artist with such a shocking scandal in the Chinese entertainment industry. However, now, the mess around the two also pulls other characters.

The QQ site reported that Lee Jong Suk – the Korean actor was suddenly called in this scandal. The articles in the newspapers in 2019 were re-shared with the content revealing that Zheng Shuang had an affair with Lee Jong Suk when she was still dating Tiger Hu. The two fell in love when they worked together in the 2016 movie Jade Lovers. 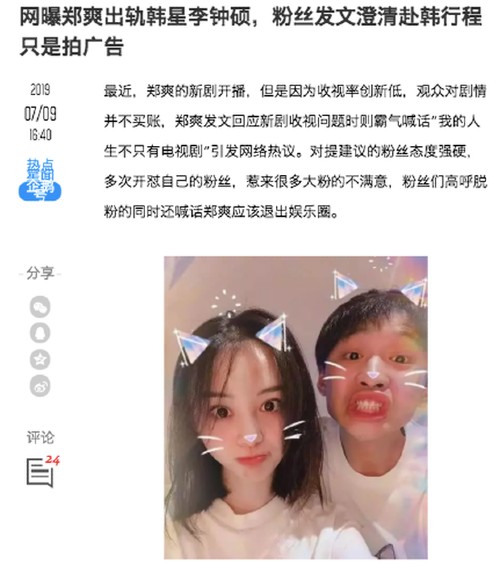 The QQ site article shared in 2019 that Zheng Shuang had an affair with Lee Jong Suk when he was dating Tiger Hu.

The source said that day, the relationship between the two is “sex partners”. While filming, the actress once asked the director to rest for 3 hours, after returning, people discovered that Zheng Shuang had a “hickey” on his neck – a suspicious hickey. 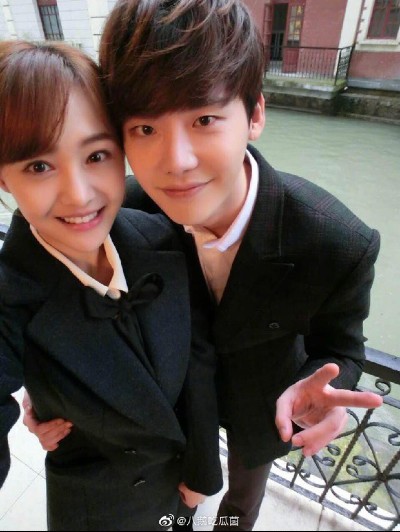 In 2019, netizens raised doubts while being busy filming, Zheng Shuang suddenly left to Korea, the reason was supposed to meet Lee Jong Suk. However, at that time, fans stood up for her and said that Zheng Shuang was actually filming commercials. 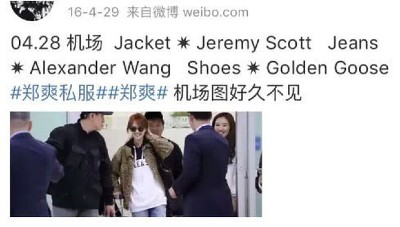