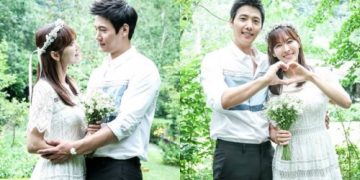 Many fans expressed their support for Kim So Yeon.

Recently, in an interview, actress Kim So Yeon, who is getting a lot of attention when playing the role of teacher Cheon Seo Jin in Penthouse, surprised many people when she shared her secrets.

Kim So Yeon said that before she took part in the show ‘The King of Mask Singer’, a reporter contacted her and said she was going to report her dating actor Lee Sang Woo. At that time, Kim So Yeon contacted this reporter and hoped to post this post after a day so as not to affect the show.

However, at that time, a reporter in another newspaper gave this information first. Unexpectedly, Kim So Yeon immediately contacted the first reporter and expressed her apology. Then she compensated this reporter with an exclusive interview within 10 minutes, she did not even make up when on the show.

Immediately after Kim So Yeon’s share, Korean netizens expressed their admiration for the actress. On the netizenkore forum, a series of topics appeared related to this story of Kim So Yeon. In a post with nearly 2000 “likes”, she expressed her love for this beautiful actress.

According to many, this is an act of great kindness. Kim So Yeon felt sorry because she affected the other reporter’s work, so she tried to compensate by all means.