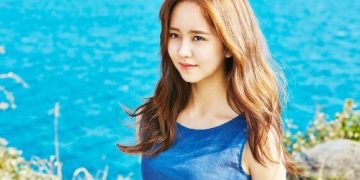 ADVERTISEMENT
Kim So Hyun decided to break up with her management company E&T Story Entertainment.
On January 15, E&T Story Entertainment officially released a formal statement announcing that the actress would be leaving the agency.
Their full statement is as follows: “Hello, this is E&T Story Entertainment.
Following a long conversation with actress Kim So Hyun, we have mutually agreed that E&T Entertainment will be ceasing its management of her activities. We chose to respect the wishes of actress Kim So Hyun, who has been with the agency since 2018, and we will continue to sincerely root for the actress in the future. We would like to thank actress Kim So Hyun, who trusted us and stayed with us up until now, and we would also like thank the fans who gave her their unsparing love. We hope that you will continue to send actress Kim So Hyun your unchanging love and interest in the future as well.
Thank you. ”
Last November, News Line reported that Culture Depot confirmed that they met with the actress to discuss her possibility of joining the agency in the future, but made it clear that nothing has yet been decided by the Contract terms have not been signed yet. We wish Kim So Hyun all the best when she has a fresh start at a new agency.
Tags: Kim So HyunKim So Hyun boyfriend
Share157Tweet98Pin35