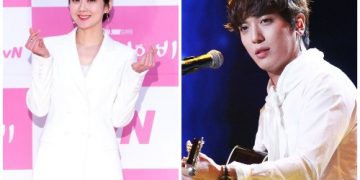 The two actors will star in “Daebak Real Estate”, an upcoming KBS drama. The film is about real estate agents who drive away ghosts and evil aura from dead houses, written by writers Ha Soo Jin, Lee Young Hwa, and Jung Yeon Seo. , and directed by Park Jin Suk.

Jang Nara has been cast as Hong Ji Ah, the owner of Daebak real estate and an exorcist. She has perfect looks, but she is a hot-tempered person who inherited the ability to exorcise exorcism from her mother.

Jung Yong Hwa has been cast as Oh In Bum, a con man disguised as an exorcist, using people who believe in ghosts to make money even though he doesn’t believe in ghosts. He is a quick-thinking character with a high level of observability and logic that makes him the perfect cheater.

“Daebak Real Estate” will be released in the first half of 2021.