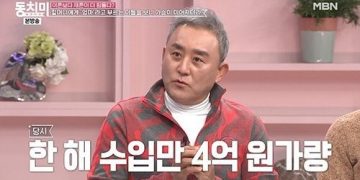 Choi Joon Yong suddenly revealed the reason for his divorce.

Choi Joon Yong suddenly revealed the reason for his divorce.

Goo Hye Sun said her new boyfriend is a short and intelligent man !!

Today, On MBN ‘Dongchimi’ Program veteran actor Choi Joon Yong suddenly shared about his ex-wife and the story of his broken marriage, he said, “I ended my marriage of 2 years.When we got divorced, I didn’t feel any regrets.I felt free. After I divorced, I kept thinking about my 18-month son. He didn’t want to be separated from me. One day, my mother called me to come home quickly My son asked his preschool teacher why he didn’t have a mother. After that, my son started calling his grandmother ‘mother’. Later, I learned that my son asked my mother, ‘You’re my mom, right, grandma? ‘.

” He revealed that in 2004, he earned 400 million KRW. He said, “In the early 2000s, 400 million KRW is a lot. I let my wife take care of the money, but then at the end of the year, there was no money. That was the biggest reason. She asked for divorce first so it happened very quickly. ”

Here are some ideas of the online community: ‘Damn took his money and left the baby. Heartless’ ‘She definitely married him for money then.’ ‘Really sad human. I really feel pain for that child.