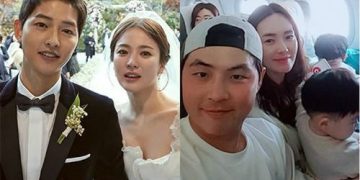 Previously, Song Seung Ki – Song Joong Ki’s brother posted on his personal page the Chinese word for “Overbearing, arrogant”.
Sina said that Song Seung Ki’s share towards Song Hye Kyo’s management company in China and the actress fan in China. It is known that Chinese public opinion is on Song Hye Kyo’s side while in Korea, the public defends Song Joong Ki. 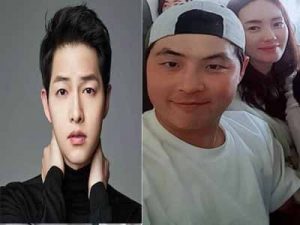 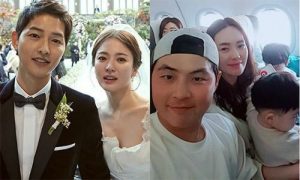 When the movie “Encounter” starring Song Hye Kyo aired, Song Seung Ki showed his support by sharing pictures of his family watching the movie. However, after news of his brother filing for a divorce, Song Seung Ki unfollowed Song Hye Kyo.
Not stopping there, Song Joong Ki’s brother also pressed the button like negative comments about Song Hye Kyo. This series of actions shows Song Hye Kyo is being “spurned” by her husband’s family because of the divorce.