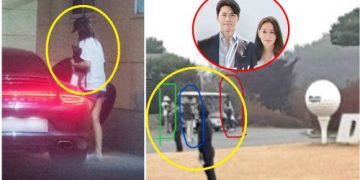 In fact, this is not the first time the two playing golf together.

Shortly after Hyun Bin and Son Ye Jin confirmed their dating, many of their dating evidence was released by netizens and Korean media. 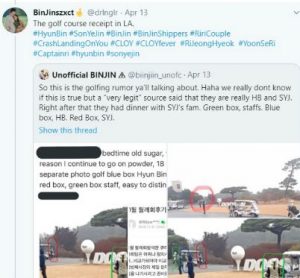 Not yet happy because of the above information, recently, on social networks, there was news about Son Ye Jin going golf. Specifically, a netizen shared an image of the signed paper of Son Ye Jin. Accordingly, on August 13, 2020, this person was present at a golf course in Korea and accidentally met Son Ye Jin who was also playing here. The special thing is that Son Ye Jin never played this sport before, the beauty only played after rumors of love with Hyun Bin. Meanwhile, Hyun Bin is one of the male actors who especially love this sport. 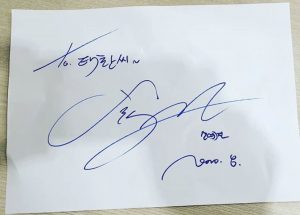 In fact, this is not the first time the two have been dating through proof of golf. In early January 2019, Hyun Bin and Son Ye Jin were also involved in dating suspicions when a person revealed that they were caught playing golf together and having dinner at a restaurant with Son Ye Jin’s parents.

After confirming the dating, fans are looking forward to a happy wedding for this couple.