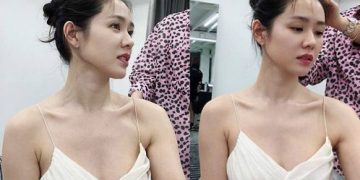 The wedding is coming ? Want to promote relationships with Hyun Bin, Son Ye Jin have actions to please the future father-in-law?

The wedding is coming ? Want to promote relationships with Hyun Bin, Son Ye Jin have actions to please the future father-in-law?

It is not known if the information is accurate, but fans of Son Ye Jin and Hyun Bin expressed their joy if the couple became a real couple!

Recently, a source said that Son Ye Jin has invested in a real estate project in Songpa District, Seoul, South Korea. It is worth noting that this project is invested by Kim Won Hong’s company. Mr. Kim Won Hong is the father of Hyun Bin.

Many people believe that Son Ye Jin wanted to promote her relationship with Hyun Bin, but she acted in the heart of the actor’s father. It is not known if the information is accurate or not, but the fans of the “Crash Landing on You” couple support the two coming together.

It is known that all members of the Hyun Bin family are in law and business. Only Hyun Bin is involved in art activities. Hyun Bin’s father once strongly opposed his son’s pursuit of acting. However, when he passed the entrance examination at Chung Ang University’s acting faculty, the family career quarrel ended.