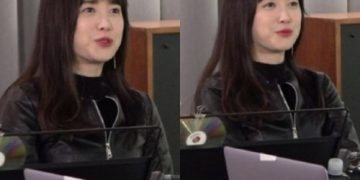 Goo Hye Sun stunned fans when revealing that she had new boyfriend and was dating.

Goo Hye Sun stunned fans when revealing that she had new boyfriend and was dating.

Goo Hye Sun stunned fans when it came to getting married again.

Recently in a KakaoTV show, Goo Hye Sun stunned fans when it came to getting married again.
On the January 4 episode of the show, Goo Hye Sun chatted with her assistant director through a phone connection to discuss some of the details regarding an upcoming movie of her. Surprisingly, she revealed that she was dating.
Assistant director : “How has that person been lately? Have you contacted him recently?”

Goo Hye Sun laughed as she indignantly replied that she hadn’t seen the aforementioned person in a month. She continued, “I don’t like men who hang onto me. I really don’t like clingy men.” She went on to reveal that they first met three months ago and that they only meet up once a month.

She also brought up that she has recently been writing down names of people who she wants to invite to her wedding, saying, “I haven’t had a wedding ceremony before, so next time I definitely want to have one. I really want to invite the people I like.” She added with a laugh, “I’ve made a list, but it’s longer than I thought. There’s more than 10 people.”
Goo Hye Sun married actor Ahn Jae Hyun in May 2016, last July, they officially divorced from each other. The couple’s divorce scandal caused both Goo Hye Sun and Ahn Jae Hyun to make them lose the love of many fans.