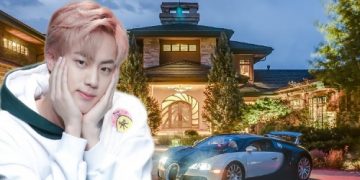 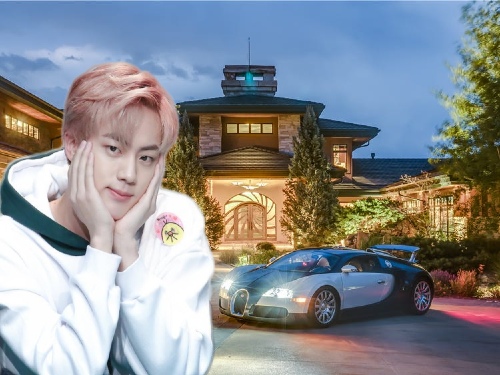 BTS is one of the most popular groups in the world right now, I repeat, they are the most famous in the world, their popularity far exceeds that of the rest of the entertainment world. They have an extraordinary fan following thanks to their music.

Currently, according to Celebrity Net Worth, BTS member Jin has a total net worth of $20 million. Just like the other members, his wealth comes from the activities that the group does.
It is believed that Jin bought his own house as an investment and is currently living with the members in BTS’ official dorm. If he decides to move out and stay in his own apartment, which is just the building next door, it won’t be much of a problem. His apartment is worth $1.78 million.

In addition to music, Jin is also involved in the food industry. He opened a Japanese style restaurant in Korea with his siblings. Last year, when the BTS members appeared on MBC FM4U’s Music Camp radio show, Jin revealed that Kim Seok-jung’s brother’s restaurant was among the many affected by the pandemic. Seok-jung opened a Japanese restaurant in Seoul in 2018 as the owner and Jin as the director.

Recently, BTS released a statement strongly condemning recent anti-Asian violence and hate in the US. They also shared their experiences of dealing with racism. The statement read: “We extend our deepest condolences to those who have lost their loved ones. We feel grief and anger. We had to endure profanity for no reason and be ridiculed for the way we looked. We were even asked why Asians speak English.”