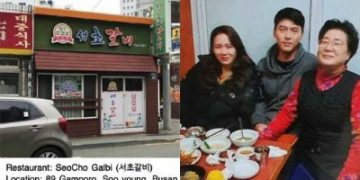 However, Dispatch shows that Hyun Bin and Son Ye Jin have only just started a dating relationship for 8 months. This caused netizens to argue, because many fans assumed that they have been dating for 2 years.

Is this true or not? 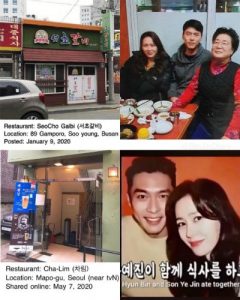 We would like to quote the post:
‘Hi Shipper’s been a lurker here. Not sure if its been posted already. BinJin spotted eating in a diner in Busan. I’m unsure when this pic is taken. But the owner of the restaurant requested to have a have picture with them. ♥ ️ I’ve also noticed the jacket YJ’s wearing is too big for her. Is it HB’s? So sweet isn’t?
I think so, from what i see in the pic, the jacket has k2 logo on left side of it and im pretty sure whether it is hyun bin’s or she got it as present, fyi hyun bin is the ambassador for k2 brand: D

I think that the report that said bin jin spotted eating together at the restaurant with yejin’s parent may be true..during the LA rumor, yejin post about her niece birthday so her parents must be invited too to celebrate. But im not sure whether if the birthday party was actually in korea ..can someone clarify this hahahaha ‘

In the photo, both hyun bin and Son Ye Jin smile, posing cute while taking a photo with the restaurant owner.