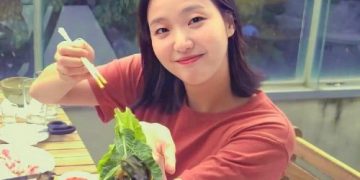 Kim Go Eun will be officially starring in the new drama adaptation of the popular webtoon!

On December 31, Kim Go Eun and her agency confirmed that they will be participating in the female lead roles in the upcoming drama “Yumi’s Cells”. Based on the hit webtoon of the same name, “Yumi’s Cells” will tell the story of an office worker named Yumi.

Female character Yumi, an ordinary woman who struggles with expressing her feelings. As she goes through growth in both her love life and career, she learns to find happiness in the small joys of everyday life.

Reflecting on the popularity of the original webtoon, the actress commented: “I think the reason that the love story of the ordinary woman Yumi was able to make so many people laugh and cry over such a long period of time was because of how relatable it was. I’m looking forward to her future journey. ”

The drama will be directed by Lee Sang Yeob and co-composed by two famous writers Song Jae Jung and Kim Yoon Joo and newcomer Kim Kyung Ran. “Yumi’s Cells” is currently scheduled to begin filming in the first half of 2021. Are you excited to see Kim Go Eun starring in this new drama?