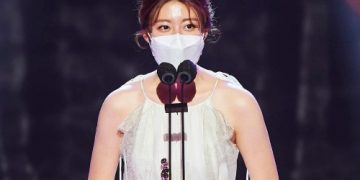 The ceremony was held at MBC Public Hall and chaired by Kim Sung Joo. Top Excellence Award for an Actress in a Monday-Tuesday Drama Or Short Drama belongs to Nam Ji Hyun with the movie “365: Repeat the Year”.This is Nam Ji Hyun’s successful comeback after the success of “Suspicious Partner” with Ji Chang Wook in 2017.
The Daesang (Grand Prize) went to Park Hae Jin for his performance in the drama “Kkondae Intern”, while the drama received the Drama of the Year award. This is the first time Park Hae Jin won a Daesang since his debut in 2006.