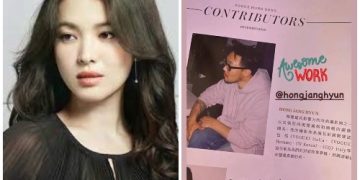 Song Hye Kyo's new move after the "feverish" interview is being noticed.

Song Hye Kyo’s new move after the “feverish” interview is being noticed.

A few days ago, Song Hye Kyo caught the attention of sharing a love story in an interview with a fashion magazine.
Recently, Song Hye Kyo continued to make a new move on social networks. It is noteworthy that she openly praised another man. It is known that the person Song Hye Kyo praised is the famous photographer Hong Jang Hyun, and is also one of the close friends with the actress. 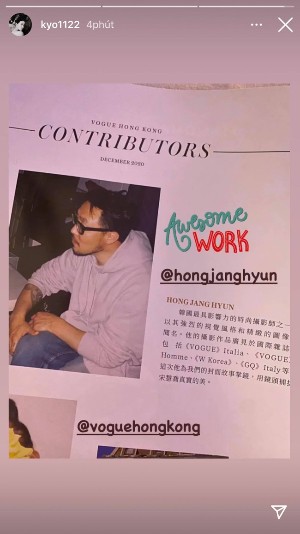 Song Hye Kyo gave praise to his friend when he appeared on a popular magazine.