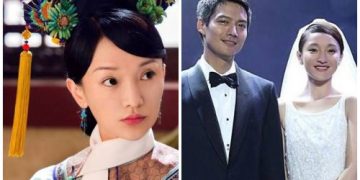 Not long ago, Archie Kao revealed a photo of openly kissing a young girl's lips.

Specifically, after Archie Kao revealed the image of kissing the lips of a young girl, Zhou Xun also officially confirmed the divorce with a simple status line on his personal page. Accordingly, both posted a line of peaceful wishes. So the couple officially announced their divorce after a long time rumored by netizens, ending their 6-year marriage.

Zhou Xun married American actor Archie Kao on 16 July 2014 on stage after a charity event in Hangzhou, Zhejiang, China. On 23 December 2020, Zhou announced on her Sina Weibo account that they have divorced.