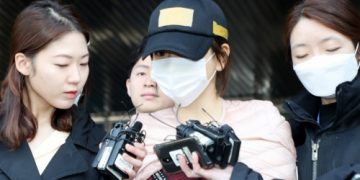 Hwang Ha Na, Park Yoo Chun’s ex-girlfriend, and the granddaughter of the founder of NamYang Dairy Product, is subject to criticism from netizens and press agencies for her self-made actions. However, there are allegations that her boyfriend is dead.

According to a report on Top Star News, on December 24, an anonymous netizen claimed that Hwang Ha Na’s boyfriend has passed away and hopes he will rest in peace. The netizen wrote: “Hwang Ha Na’s boyfriend is said to have died. I hope he rests in peace. Just can’t imagine how many people’s lives have been ruined because of her. Hwang Ha Na is a murderer but her parents are also murderers for covering for her. ” 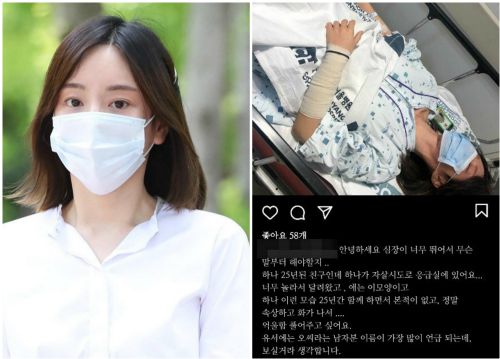 It is reported that Hwang Ha Na has registered a marriage certificate with her boyfriend. Hwang Ha Na became famous as Park Yoo Chun’s girlfriend in the past but was arrested for using 1.5g of methamphetamine seven times with Park Yoo Chun. She was sentenced to two years of house arrest and a one-year suspended sentence, along with 40 hours of drug addiction treatment and a 2.2 million KRW (~ $ 2,000) fine.

Since then, she has not been mentioned in the newspaper or caused a stir in the online community. However, on December 17, she posted a photo of herself on social media claiming that an acquaintance of hers stole her 400 million won (~ $ 363,000) car but soon after. that post deleted. In response, her acquaintance argued against Hwang Ha Na and uploaded a video of Hwang Ha Na breaking into her home and stealing luxury bags and shoes on social media.

Netizens commented, “I feel like my mind is becoming weird reading this,” “This story is too crazy for something in real life,” “This is going to give me the creeps if this is true,” and “Why did her boyfriend die? “