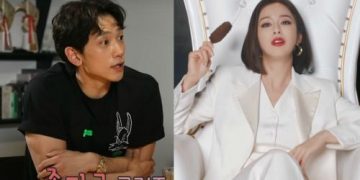 The love story between Bi Rain and Kim Tae Hee always attracts the attention of the audience because it is so sweet. The Korean celebrity couple always give passionate affection to their other half.
According to Allkpop on December 18, Bi Rain recently continued to surprise the audience when he specifically revealed the love between him and his wife Kim Tae Hee. In the latest episode of Season B Season aired on YouTube
While Bi Rain was in the kitchen, Jang Sung-kyu asked Bi Rain’s fan, “Your heart must have broken into pieces when you heard about RAIN getting married.”

The fan laughingly responded, “Well, it was actually more like, ‘Why is Tae-hee unnie marrying him? How did she come to love him?'”

Bi Rain burst into laughter upon hearing this, and joined the conversation.
Then, he commented, “You are my fan though. Why did you think like that?”

The fan responded, “I couldn’t help it. I mean, it was Kim Tae-hee. What I wanted to know was though, who liked the other first?”

Bi Rain answered, “It was me. I chased after her for like a year.”
He explained, “I asked her to go out with me, but it took about a year for her to say yes to that. Our love was completely one-way for a year or so.”

Bi Rain and Kim Tae-hee got married in January 2017 and have two daughters.