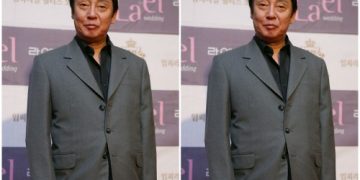 According to an exclusive report from Sports Chosun on the afternoon of December 19, veteran actor Park Yoon Bae has passed away, at the age of 73 years old. The source shared that the late artist died on the morning of December 18 after a period of struggling with pulmonary fibrosis.

In an interview with Sports Chosun, Park Yoon Bae’s son said: “After being diagnosed with pulmonary fibrosis last year, my father has been hospitalized since June this year.” It is known that Park Yoon Bae majored in theater and film at Chung-Ang University. He began working as a theater actor in 1969. By 1973, he was famous for making his first appearance on the MBC film project and recognized in many television dramas. Park Yoon Bae’s son shared, “I don’t want to burden my family, relatives and the village until the end of my life. However, I have been preparing for the last days of my life when I wish my children. have to live well. I hope you will remember my father, who is a simple and friendly person. The late artist Park Yoon Bae has a son and a daughter.

The funeral will be held at the No. 9 funeral room of Sinchon Yeondae Hospital. Meanwhile, the funeral ceremony will take place at 7 a.m. (KST) on December 20.