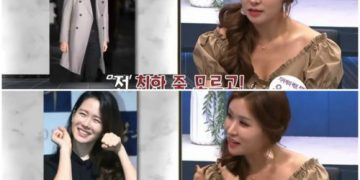 Hyun Bin was revealed by the Korean journalist about his dating with Son Ye Jin, revealing his relationship in real life.

Hyun Bin was revealed by the Korean journalist about his dating with Son Ye Jin, revealing his relationship in real life.

Hyun Bin was revealed by the Korean journalist about his dating Son Ye Jin, revealing his relationship in real life.

Recently, netizens continued to dig up the dating story of Hyun Bin and Son Ye Jin in the show Heard It Through Grapevine on Channel A. The two’s relationship was revealed by a famous journalist, causing fans to extremely excited. Specifically, when the host of the show said that during the process of Hyun Bin – Son Ye Jin participating in The Negotiation, the two did not have many scenes together, and without chemistry, dating rumors were not appropriate at all.

At this time, a female journalist suddenly recounted that she had dated Hyun Bin and Son Ye Jin separately for an interview during the promotion of the movie The Negotiation. “At the time of the film’s release, the two were promoting the movie everywhere. They were sitting together on the bus. At that time, the two were very close.  Hyun Bin is the type of person who is very cautious and secretive in relationships, but he is extremely close and comfortable with Son Ye Jin, so I am not surprised by the dating rumors of both. two broke out. I remember when I was interviewing Son Ye Jin, because I liked her quite a bit so the two of them chatted freely. I told Son Ye Jin that I interviewed Hyun Bin. At this point, the actress immediately asked me: ‘How was the interview?’.

I immediately waved my hand and said: ‘It’s boring, it’s so boring’. Honestly at that time I didn’t know that Hyun Bin – Son Ye Jin was very close. I also told her that Hyun Bin is really handsome but looks boring. After hearing this, she laughed and clapped her hands incessantly. Not long after that, rumors of both broke out. ”- Female journalist revealed about Hyun Bin and Son Ye Jin’s relationship. After telling the end of the story, the female journalist immediately raised her hand to her mouth: “I am dead, I can’t keep my mouth to tell it all”, making the whole studio laugh. The female journalist’s revelation about Hyun Bin – Son Ye Jin’s relationship is becoming a topic of discussion by netizens. Son Ye Jin and Hyun Bin revealed their dating photos in early January 2019, after the two acted together in the movie The Negotiation. That is why few people pay attention to the couple’s chemistry at the time of promoting this movie. With a huge number of fans loving the couple, as long as Hyun Bin – Son Ye Jin has not admitted a love relationship, they are afraid that the couple will be exposed to more dating evidence.