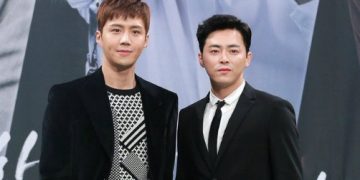 On December 16, OSEN reported that the Hospital Playlist part 2 will be shot on January 11, 2021. Not only that, like part 1, many famous actors will be present as guests. Including Kim Seon Ho – the extremely hot male supporting actor of Start Up.

Although currently, Kim Seon Ho or the crew have not confirmed this information, but the online community has been extremely excited. Kim Seon Ho and Jo Jung Suk – the male lead of the Hospital Playlist each starred in the movie Two Cops. The 4-year reunion between the two actors is sure to be very interesting. Many people have imagined situations for Kim Seon Ho to appear.

Comments of netizens: – Waiting for patient Kim Seon Ho to pick up Dr. Chae Song Hwa makes Dr. Lee Ik Jun jealous. But what disease is disease, not hemorrhoids is.

– You can just play the role of doctors in the department or soldiers of the 5 professors, whatever cameos.

– Kim Seon Ho dreams of becoming a doctor, I wonder if I can work.

– Amazing! The movie is good and if you have a cameo, how can you miss it.

Hospital Playlist mainly revolves around the life, work and friendship of a group of close friends including 5 doctors: Ik Jun (Jo Jung Suk), Jung Won (Yoo Yeon Seok), Jun Wan (Jung Kyung Ho), Seok Hyung ( Kim Dae Myung), and Song Hwa (Jeon Mi Do). With no emphasis on technical performances in the operating room, the Hospital Playlist simply recreates everyday things that happen every day in the hospital, including joys and sorrows, smiles and tears. , life and death. The movie was praised by the audience with a rating of up to 14%.

The second part of the Hospital Playlist was originally scheduled to start filming in December, but later decided to delay production due to the serious outbreak of COVID-19. tvN has now rescheduled and the group’s first script reading will take place on January 6, 2021.

If nothing changes, the Hospital Playlist will air season 2 in April 2021.