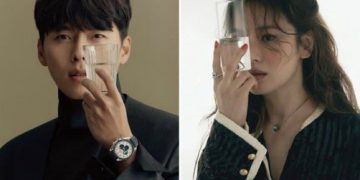 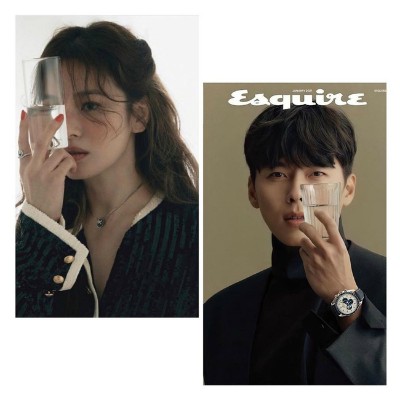 However, what caught the fans most attention was the special feature in the picture of Hyun Bin holding a glass of water in front of his face. A social networking forum said that this picture of Hyun Bin is identical to Song Hye Kyo’s pose and concept taken for Elle Singapore magazine in May 2020.

Many people believe that this may not be a coincidence. Especially during the past time, the two of them constantly had rumors of reuniting. However, there are also people who say that the concept is from the photographer on the same side of the magazine, completely unrelated to Hyun Bin or Song Hye Kyo.