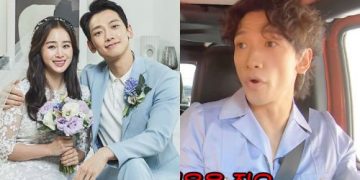 An elderly couple was fined by court after visiting Bi Rain’s house and demanding money that Bi Rain’s parents owed 20 years ago.

An elderly couple was fined by court after visiting Bi Rain’s house and demanding money that Bi Rain’s parents owed 20 years ago.

An elderly couple was fined by court after visiting Rain’s house and demanding money that Bi Rain’s parents owed 20 years ago.

Korean media recently announced that an elderly couple in their seventies were fined after they visited singer Bi Rain’s house and made a fuss about to reclaim the money Rain’s father owed them more than 20 years ago.

The elderly couple claimed that Bi Rain’s father bought rice at their rice shop in Yongsan District, Seoul, over 20 years ago but never returned the debt.

They decided to visit Rain’s house, where his family lives, along with his parents, but Rain’s father refuses to meet the old couple. So they shouted: “Return the rice money” and broke the door lock worth 200,000 KRW (~ $ 182) and forced the door to open without permission.

In September of last year, the elderly man filed a civil lawsuit against Mr. Jung for 50 million KRW (~ 45,900 USD) but lost the lawsuit in January this year. Singer Bi Rain filed a lawsuit against the man in February this year, and the court invoked that order in April this year. The court declared, “The victim has endured considerable emotional pain, but he does not want to punish the perpetrator.”