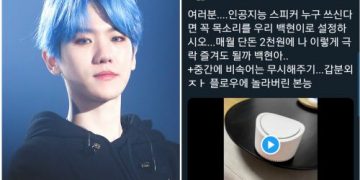 Baekhyun's actions are currently causing a lot of controversy in the EXO fan community.

Not only having a very “awesome” voice and handsome appearance, EXO’s Baekhyun is also known for being friendly, regularly interacting with and responding to fans on social networks. But yesterday (December 11), the male idol made the EXO fan community split with a somewhat careless comment, causing the fandom to argue violently. 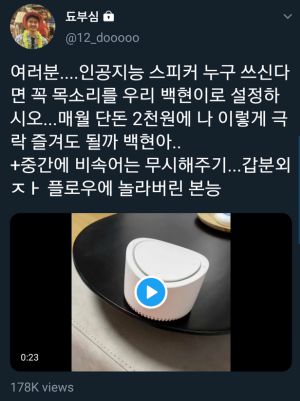 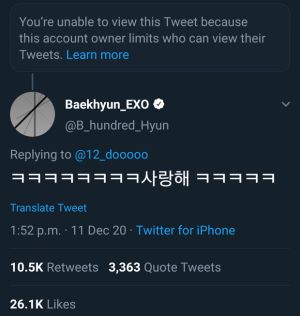 Specifically, last night, an EXO OT7 fan (only supporting 7 members and with the exception of Chen and Lay) posted a music video of EXO. When she heard Chen’s voice in the song Tempo, the girl uttered a curse word. It won’t be worth mentioning if Baekhyun doesn’t reply to this video with a comment: “Hehehehe I love you hehehe”.

Many fans were shocked by Baekhyun’s action. Some other EXO-Ls defended Baekhyun, claiming that the male idol did not know the owner of the video cursed Chen. But when translating the tweet, fans were surprised when the girl clearly admitted “cursing a one-syllable name” and asked everyone to ignore that part.

Some other fans protected Baekhyun, claiming that the girl did not say Chen’s name directly, just using the Korean antifan nickname used to call him. At the beginning of the video, this girl said words of love to Baekhyun, obscene words were just accidentally uttered in the middle of the video so Baekhyun did not recognize. Or simply, Baekhyun didn’t watch the whole video, he just wanted to answer to make fans happy. Currently, this video has been deleted.

However, this was not the first time Baekhyun responded to tweets from EXO OT7 and OT8 fans. The male idol has repeatedly answered accounts with this number in the name. However, fans still defended this was completely accidental, the male idol only paid attention to the tweet content without paying attention to the username.

Since Chen announced his marriage and childbirth in January 2020, the EXO fandom has become chaotic, and many fans demanded to “kick him out” from the group. As a member of the same group, who are close discussers who have been together for many years, there is no reason Baekhyun wants to expel Chen. Even if he had that thought, he would not be foolish to show it.