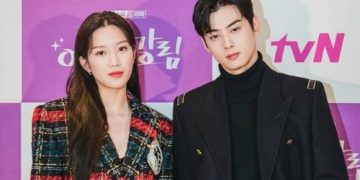 According to Nielsen Korea, the first episode of “True Beauty” recorded an average national rating of 3.573%, with the highest being 3.8%. The film also recorded an average rating of 4.056% in the Seoul metropolitan area, with the highest rating of 4.3%. Although not as high as the ratings of its predecessor during this time period, “Tale of the Nine-Tiled” when it started with a 5% rating, this is a solid start to a new drama.