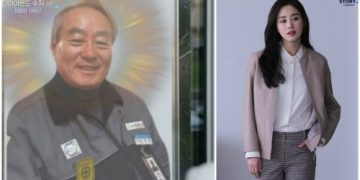 KBS reveals the identity of Kim Tae Hee’s father: Chairman of a large transport company!
On the evening of December 4, KBS’s All Year Live show revealed a list of 10 stars born into a rich families. His wife Bi Rain ranked 4th and also here, the “huge” fortune of her family was revealed. This information quickly reached the top of Dispatch’s hottest news on the morning of December 5.
Kim Tae Hee’s father is actually the chairman of a transport company that makes an annual revenue of 15 billion KRW (~13.8 Million USD).
Not only rich, Mr. Kim Yoo Moon is also a person with a kind heart, praised for his lifestyle, always interested in employee benefits. In 2016, he became a member of the Honor Society – Korea’s largest donor association, with a minimum donation of 100 million won. He also set up a charity fund for disadvantaged children in his hometown of Ulsan.

Inheriting the good personality of her father, Kim Tae Hee is also one of the stars always at the forefront of charitable activities. Currently, information about the talented and wealthy father of his wife Bi Rain is still being discussed by netizens.