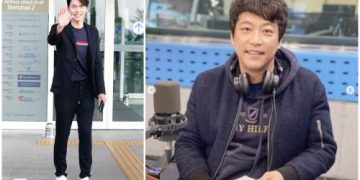 Hyun Bin has always been a topic mentioned by many artists on television.

Recently, on the SBS Power FM program, actor Oh Man Seok has shared a lot when he plays Crash Landing On You with Hyun Bin and Son Ye Jin. 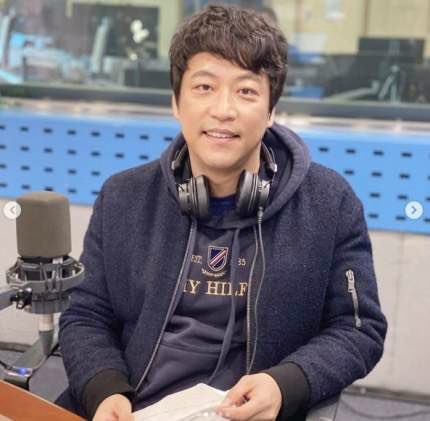 Contributing in the cult project of tvN, actor Man Seok plays the role of Jo Chul Kang – a common enemy with Jung Hyuk (Hyun Bin). If the two confronted stress in the movie, in real life, the two still kept a very close relationship. On SBS Power FM, when asked about the anniversary of Crash Landing On You, Oh Man Seok did not hesitate to talk about Hyun Bin: “Hyun Bin and I have a lot of scenes together, my chemistry with you. He is just as much. Hyun Bin always makes others lose heart because of his handsome face “.

Man Seok added, “Actually, Hyun Bin is a person who possesses a lot of personality while being quiet, sometimes very cheerful. He always cares for the people around him “.

Man Seok’s sharing made the audience extremely excited by knowing more about the personality of the cult actor Hyun Bin.
Below the video of the show, many fans could not help but recover when they remembered the scene between Hyun Bin, Son Ye Jin and Man Seok in Crash Landing On You. Remember in episode 11, Jung Hyuk and Jo Chul Kang had a tense confrontation in the basement after learning that Se Ri (Son Ye Jin) was in danger.

While on the run, Se Ri accidentally dropped her phone – the last resort to help Jung Hyuk. Now, instead of looking for Se Ri, Jo Chul Kang used the phone he picked up to call Jung Hyuk with the threat of shooting Se Ri if the two did not obey his orders. Seeing the image of Jo Chul Kang using a gun to sneak, Se Ri quickly hung up the knife in the basement, and at the same time told Jung Hyuk that this was the trap that Jo Chul Kang made up himself. Thanks to this, Jung Hyuk quickly found the source of Se Ri’s sound and made sure her safety.