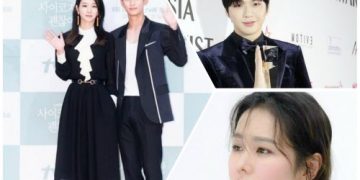 Winners Of The 2020 APAN AWARDS
The final voting results for the popular ‘APAN AWARDS 2020’ have been revealed.

Finally the winners of the 2020 APAN AWARDS awards have been officially confirmed.

As a result, the award for famous male / female actress went to Kim Soo-hyun and Seo Ye-ji for the success of the movie it’s okay to not be okay.

Son Ye Jin has won the recently as Seezn Star Award popularity poll (this is different from the APAN Popularity poll where BinJin placed second).