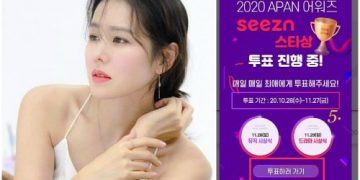 HOT – After Hyun Bin and Son Ye Jin Failed at APAN Popularity poll, Son Ye Jin finally won Seezn Star Award popularity poll!
The popular voting results for the ‘2020 APAN AWARDS’ held through Idol Champ from October 27 to November 27 were revealed. When the winner of the popular vote is determined 100% by fan votes, both domestic and foreign fans receive high attention, and strong influence from K artists. -POP and K-DRAMA worldwide spread once again being announced.
It’s official! Son Ye Jin has won the recently as Seezn Star Award popularity poll (this is different from the APAN Popularity poll where BinJin placed second).
Congratulations Son Ye Jin and to all the fans who actively participated in the voting in the past few weeks. 👏🏻
***
The ‘KT Seezn Star Award’ category, which selects the most loved star in the Seezn app this year, was also selected through a popular vote. Son Ye Jin in the actor section and Kang Daniel in the singer section won the’KT Seezn Star Award ‘after fierce competition.