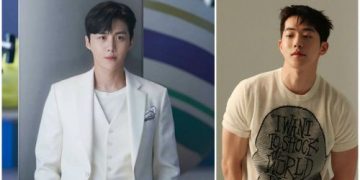 Ranking was determined through data analysis of media coverage, participation, interaction, and community index of 50 actors who appeared in the dramas aired from October 28 to November 28.

Surprisingly, Kim Seon Ho, a young actor, has passed a series of famous artists such as Nam Joo Hyuk, Lee Dong Wook to lead the list.
Kim Seon Ho is currently playing a supporting role in a drama called ‘Strart-Up’ alongside Suzy and Nam Joo Hyuk, but he is extremely popular with audiences because his acting is so good.
Meanwhile Nam Joo Hyuk took second place in November with a brand reputation index of 5,787,606, while “Tale of the Nine-Tailed” star Lee Dong Wook came in third with Total index is 5,503,107.

Check out the top 30 for this month below!