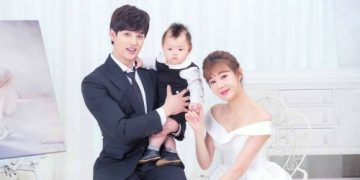 According to a report from Kim Chi’s local media on the afternoon of November 26, former U-Kiss member Eli (29 years old) announced his divorce Ji Yeon Soo (40 years old) after 6 years of marriage. Through his personal Instagram account, the 1991-born idol singer shared a letter to fans about his broken marriage life.

“Hey everyone. 2020 has been a rough year for all of us. I have some news I would like to share with all of you … My wife and I have decided to separate. I am currently in the US and Michael is living with his mom in Korea Though I am unable to see Michael at the moment I will go to see him whenever I can and try my hardest to be the father figure that he needs. I don’t know what the future has in store but I pray that Michael and his mom will be happy. We are truly grateful for all of your support over the years and I apologize that things ended this way. “.

It is known that Eli and Ji Yeon Soo registered their marriage in June 2014, and they became the focus of attention from the media when they had an 11-year difference. They had a son together in 2015, and officially celebrated their wedding in 2017. Three years after the wedding, the couple decided to break up.