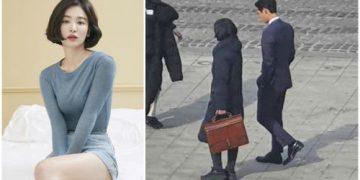 Song Joong Ki's action on the birthday of his ex-wife Song Hye Kyo surprised many netizens.

On November 22, Song Hye Kyo officially turned 39. This is the second year the actress Descendants of the Sun welcomed her single birthday since she broke up with her ex-husband Song Joong Ki. Even so, she is still very happy to share pictures of fan gifts and congratulations from the man with a mysterious relationship. But today, from Song Joong Ki’s side, there was a move that surprised everyone on the birthday of his ex-wife. 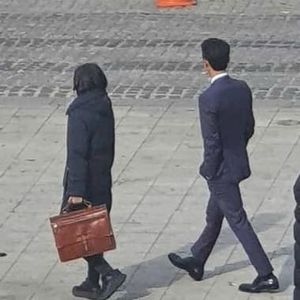 Specifically, many fans have seen the Descendants of the Sun appear in the streets of Korea in a handsome manner. Most notably, Song Joong Ki not only appeared alone, but also walked beside an unknown woman. This makes netizens talk about whether Song Joong Ki has a new love, or this is a move to anger ex-wife Song Hye Kyo on his birthday. 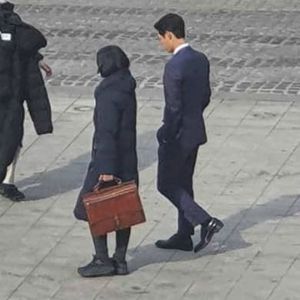 However, in reality, these are pictures taken of Song Joong Ki on the set of the new film Vincenzo. Some fans guessed that the woman with him was just an employee in the movie production crew or supporting actor, not a suspicious or deeply implied relationship as netizens deduced. 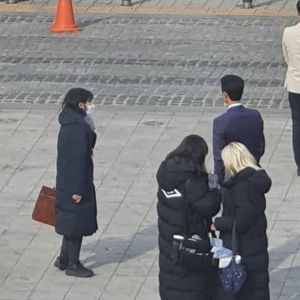 Song Joong Ki – Song Hye Kyo used to be the golden couple of the Korean screen, but in June last year, the couple announced their divorce after just over 1 year of marriage, which shocked the public. Since then, the Song – Song couple has become the focus of discussion because of many scandals. Song Hye Kyo got into rumors about Hyun Bin’s reunion, and Song Joong Ki was in rumors of dating a hot female lawyer. But after all, the rumors have been denied by the representatives of both sides.