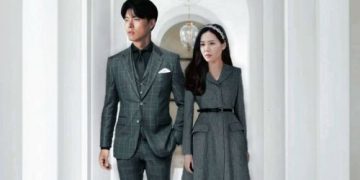 The dating story of Hyun Bin and Son Ye Jin is being revealed by the Mediheal Staff.

The dating story of Hyun Bin and Son Ye Jin is being revealed by the Mediheal Staff.
“This is what the reporter heard from friends working for Mediheal that even though only Hyun Bin was the company’s representative at the time (Son Ye Jin has not officially worked with Manyo at the moment), but he has not yet officially worked. She was with her all the time. The atmosphere was very sweet, they had dinner with the CEO too. Mediheal staff believed they were indeed dating. ”

Hyun Bin has been representing the Mediheal mask brand of L&P Group for many years. Meanwhile, Son Ye Jin is the exclusive brand representative model of Missha for a long time.
In January 2019, Son Ye Jin went to Thailand to film advertising for L&P’s Manyo cosmetics, officially broke up with Missha cosmetics brand to sign a contract with Manyo. In April 2019, Bin Jin participated in the L&P event together, they avoided interacting in front of the camera but always together backstage. The only two people who often accompany them are Hyun Bin’s brother Kang Kun Taek and Kim Min Sook who is considered to be Son Ye Jin’s close manager.