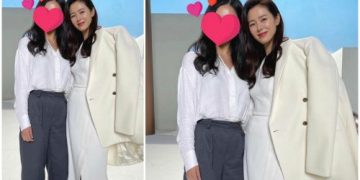 Actress Son Ye Jin appeared in a white outfit from head to toe, making others think of a bride.

Actress Son Ye Jin appeared in a white outfit from head to toe, making others think of a bride.
Recently, Son Ye Jin went to film advertising for a brand. Behind-the-scenes images showed the “Crash Landing On You” actress happily taking a commemorative photo with a girl. According to observations, Son Ye Jin wears a white cardboard dress with a sexy cut design combined with the same blazer.

In addition, Son Ye Jin also attracted attention because of her light curly hairstyle and makeup that exuded her natural beauty. A special feature is that Ye Jin’s skin is smooth and shiny even though she turns 38. 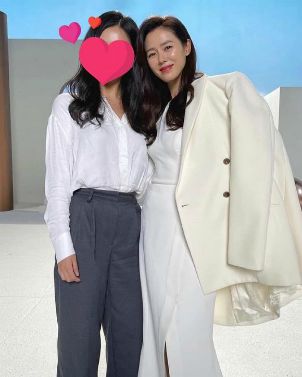 Hyun Bin and Son Ye Jin collaborate very well on the small screen. This is also the reason that the audience “pushes the boat” positively they are in real life, despite the fact that the two have not confirmed.