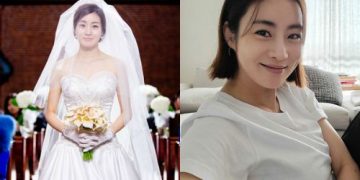 According to Korean media reports, actress Kang Sora is currently pregnant with her first baby after 3 months of marriage. 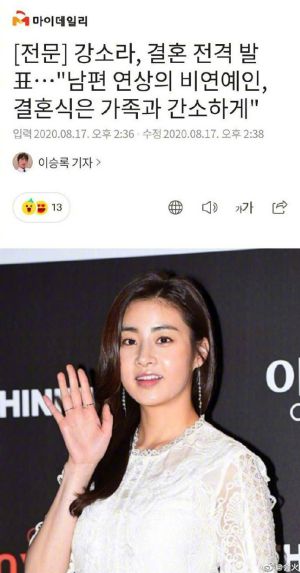 The beauty did not share the gender of the baby, only said she would expect to give birth in April next year. With this good news, netizens and especially Kang Sora fans have sent their blessings to her and her husband, hoping that the baby will grow up to look like his mother.

In August, Kang Sora suddenly announced his marriage with a boyfriend outside the industry, making everyone very surprised. The wedding was held after that, only relatives and friends attended, she did not share anything about the wedding.

The media revealed that Kang Sora’s husband is the director of a famous hospital in Korea and 8 years older than the actress, he is not only a capable person, but also loved by many patients. So after the unfinished love with actor Hyun Bin, Kang Sora is finally able to find the love of life.