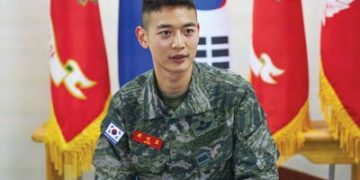 On November 16, SHINee’s Minho made his first public appearance after his demobilization, on a broadcast called ‘MINHO: I’m Home’ where he shared with fans about the times. the time he spent in the military. During the talk session, he revealed his gratitude to the girl groups for making his time in the army a little easier. 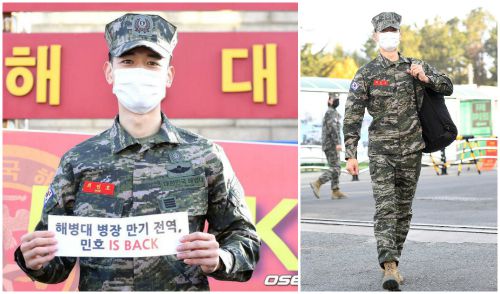 “When TWICE’s ‘Fancy’ came out, I went to religious activities. They would turn the song on there and cheer a lot. I thought, ‘Is this the military?’ I can say that ‘Fancy’ became the background music of my military life, “he playfully revealed.

He also added that while fulfilling his service, he watched a lot of girl group music videos, adding, “I’m really grateful to Korea’s active girl groups. I have also been active as an idol, but I want to say thank you so much for giving the armed forces a lot of strength.”
Before that, SHINee’s Minho completed his mandatory military service on November 15.