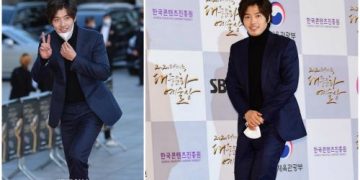 ang Ha Neul has received an offer to star in the movie 'Streaming' and he is currently reviewing the offer. That recommendation.

On November 16, Xportsnews reported that the actor will be starring in a new movie called “Streaming”.

According to reports, a source from Kang Ha Neul’s agency TH Company confirmed, “Kang Ha Neul has received an offer to star in the movie ‘Streaming’ and he is currently reviewing the offer. That recommendation. ”

“Streaming” is a movie based on the life of a Youtuber and if Kang Ha Neul accepts the offer, he will play the role of a Youtuber. It will be directed by director Jo Chang Ho, who previously directed KBS 2TV’s 2019 drama “Justice”.

“Streaming” will premiere next March, and Lotte Entertainment will be the distribution company responsible for investing in the movie.