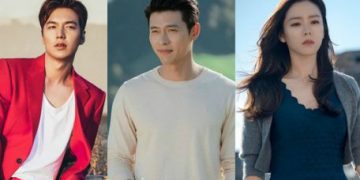 Towards the end, the vote for the most popular Male / Actress category at AAA 2020 is even more dramatic.

After nearly a year of “storming” in Vietnam with many scandals, this year’s Asia Artist Awards (AAA) will return to Korea to be held and have quickly received the attention of the audience.

After a month of opening the voting gate for the Most Popular Male / Actress award, Lee Min Ho and Park Jin Young (GOT7) are two names that always go together at No. 1 on the chart, however Surprisingly, only 1 day before the vote closed, Hyun Bin went upstream and immediately occupied 1st place with more than 55 million votes, surprising many people because before that, the number of votes for the actor is very low. 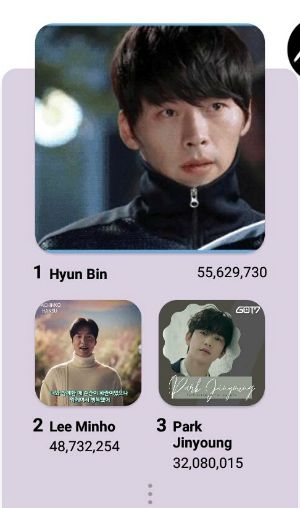 Meanwhile, in the Most Popular Actress category, Son Ye Jin has not been able to surpass the 2 names that continuously ranked at No. 1 and 2 on the chart, Song Jihyo and Kim Go Eun. Even Song Jihyo is ahead of Son Ye Jin with twice as many votes. 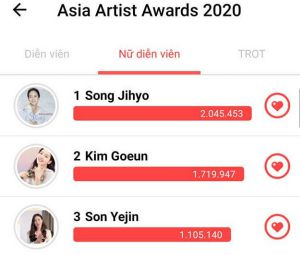 Son Ye Jin has not been able to go upstream like Hyun Bin on the charts although last year the movie Crash Landing On You that she participated in received a lot of love from the audience.

The poll for the category of Most Favorite Male / Actress officially closed the voting on November 15. The awards night will be held on November 25 here.