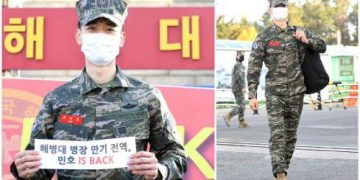 After a year and a half of absence, fans were finally able to meet SHINee's Minho again.

This morning (November 15), the male god SHINee’s Minho was officially discharged from the military after a year and a half serving in the Korean Navy. The SM male idol was discharged from the 1st Division of the Marine Corps stationed in Namgu, Pohang, Gyeongbuk Province, South Korea. 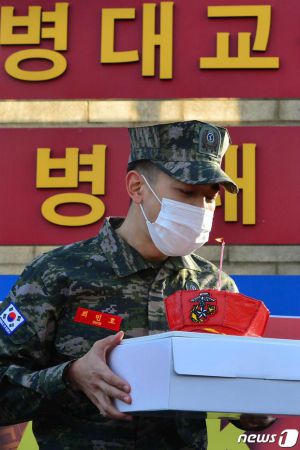 Although it was tight, he could see his eyes radiant, his tall body and perfect lines rising under the mask, he can see the handsome guy. During the demobilization ceremony, Minho said, “Hello. Salute! This is Sergeant Choi Min Ho. SHINee World, as of November 15, 2020, I have safely completed my military duties. I’m happy, excited, and feeling an emotion I’ve never felt to have safely completed my military service, which can be considered both short and long. More than anything, I’m most happy and excited that the time has come for me to be with all of you again. I’d like to sincerely thank you for cheering me on and waiting for me during my military service. From now on, I’d like to create happy and nice memories together. I miss you so much, and I love you. You are always my hope. Salute!” 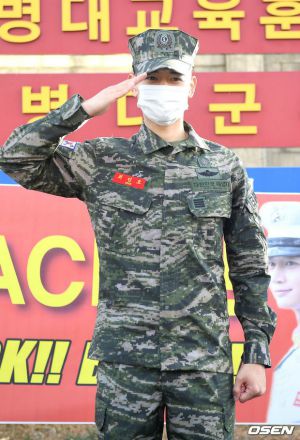 Minho was born in 1991, is a member of the cult group SHINee of SM Entertainment. Last April, the male idol joined the Marine unit, belonging to the Korean Navy. This is one of the best combat units in the army, with a very high intensity of training and combat skills. However, these things cannot be difficult for Minho, he even has an outstanding achievement, ranked 3rd out of 1100 soldiers and also received a certificate of merit.

Minho should have been discharged from the army since October 27, but he refused the last 20 days of leave to stay in the unit, participating in training and transferring tactical tactics to his juniors. Minho’s actions have made the Korean public respect.

Thus, Minho is the third SHINee member to complete his military service, after Onew and Key. The group has only the youngest member, Taemin, who has not yet served in the military due to his age. Fans are expecting the 4 members of SHINee to have an epic comeback.