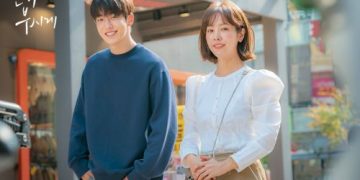 Nam Joo Hyuk and Han Ji Min have been confirmed to reunite as teenagers in the upcoming remake ‘Josée’.

Directed by Kim Jong Kwan, ‘Josée’ is a Korean remake of the 2003 Japanese film ‘Josée, the Tiger and the Fish’. The story follows the meeting of two uncertain teenagers, an ordinary high school student named Young Suk and a mysterious girl named Josée.

The work will be released in theaters in Korea in December this year, is expected to bring viewers a touching story of youth, love and sadness. Watch the first trailer for ‘Josée’ below and see how well Han Ji Min and Nam Joo Hyuk work together for their second-screen chemistry!