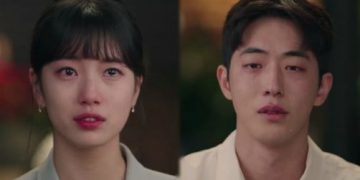 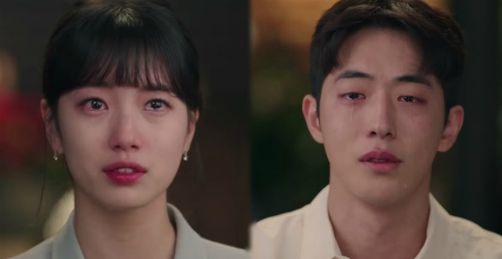 Start Up episode 8 reveals a series of clues that will soon reveal the secrets in the movie. Coming to the preview of episode 9, the biggest secret about the male lead’s identity seems to have been made public.

The preview opens when Dal Mi (Suzy) takes her to see the sea, enjoying the last moments, while her eyes can still see.

After a rare moment of peace, a series of events poured in when Do San (Nam Joo Hyuk) questioned whether Ji Pyeong (Kim Seon Ho) wanted to take what he most treasured and Ji Pyeong also suddenly answered. : “Then change it”. In addition, Do San’s father suddenly went into a rage, kicking Do San out of the house, causing him to shout out loud to him for the first time: “I also suffer very much.”

The climax of the preview was when Ji Pyeong under rained heavily and admitted to her that he liked Dal Mi, that he was feeling too unfair for himself. In particular, the secret about the real Do San also seemed to have been revealed when Dal Mi tearfully questioned her lover why he lied to me. In response to Dal Mi, Do San also sobbed and assumed that he was lying because he did not want to see Dal Mi cry.

Start Up is currently airing every Saturday and Sunday on tvN