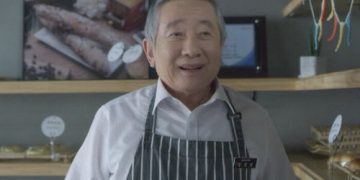 "National Actor" Song Jae Ho passed away at the age of 83.

According  E-Daily, exclusively on the evening of November 7, actor Song Jae Ho has passed away, at the age of 83. During the past time, he often fell ill and suffered from a chronic illness.

The late star was born in 1937 in Pyongyang, graduated from the Department of Korean Literature and Language of Dong-A University. By 1959, he began his career as a voice actor for the Busan Broadcasting System.

In addition, he also achieved the standard of becoming a national actor thanks to receiving a lot of love with his colorful acting. Although he was chronically ill until recently, he still accepted the part of the movie The King of Race: Um Bok Dong with Bi Rain, and the movie A History of Jealousy last year.

Lifetime dedication to art, veteran actor Song Jae Ho has left many famous films and movies.
On the other hand, the funeral of the late artist Song Jae Ho will be held at the Samsung Hospital and the funeral ceremony will take place next Tuesday (November 10).

Once again, we extend our condolences to Song Jae Ho’s family.