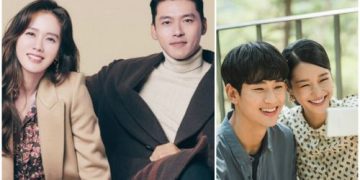 Hyun Bin and Son Ye Jin is being led by a couple at the 8th APAN Star Awards.

On November 28, the 8th APAN Star Awards will officially take place. This is an award organized by the Korean Entertainment Management Association, so it receives great attention from the audience. On the eve of the announcement of the major awards, the producer also announced the group of artists appearing in the APAN Popularity Award nominee list. It is known that in this category, fans will be the ones who decide through voting.

As can be seen, Kim Soo Hyun and Seo Ye Ji are leading the Hyun Bin – Son Ye Jin couple, although the producer also implicitly confirmed that the couple will appear together at this awards ceremony.

In terms of popularity as well as movie effects, Kim Soo Hyun’s It’s Okay to Not Be Okay – Seo Ye Ji has not been able to beat Hyun Bin’s Crash landing on you – Son Ye Jin, but this is a couple. Young audiences, especially audiences in China, love it so it is understandable to lead the group.

In addition, since the movie ended, Kim Soo Hyun – Seo Ye Ji have not had the opportunity to appear together, so the audience is actively promoting the number of votes for the couple to appear at APAN Star. Awards 2020 becomes extremely dramatic.