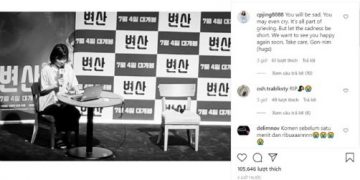 Many celebrities and netizens are mourning the late comedian.

The sudden departure of famous comedian Park Ji Sun and her mother on November 2 shocked the entertainment industry. According to a report from the police, the female star was found dead at her home and left a suicide note. Therefore, the police noted that the mother and daughter had taken their own lives. Prior to the above information, many famous artists from Kim Chi have downloaded on social networks to express their grief.

SHINee’s idol singer Key shared two photos on Instagram. In it, a photo of SHINee with Park Ji Sun and another photo on set of Amazing Saturday. It is known that she is a fan of the group and they have a close relationship in their career. 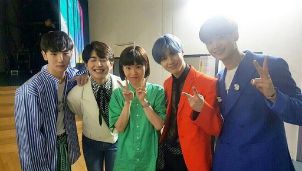 Key wrote: “Noona, I’m always grateful to you. I’m sorry for not being able to describe it with all my heart. I will pray that you can rest in peace now. ”

Super Junior leader Leeteuk posted photos taken with Park Ji Sun and two other members, Eunhyuk and Kyuhyun on a radio show. The male star shared: “May the souls of the deceased rest in peace. A sad fact seems to be that there are more and more phone numbers that I save that even when I call, I still do not receive a reply. I will pray for you to be happy and healthy there. ” 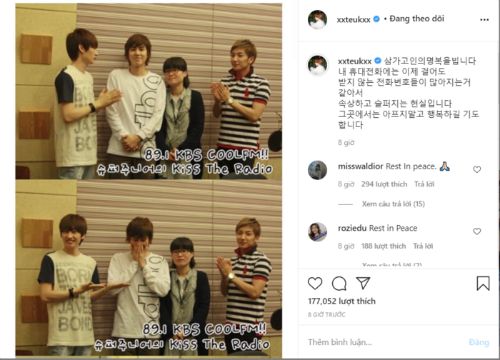 2 PM’s Junho expressed: “May you rest in peace”. It is known that the male singer and Park Ji Sun sang together as rivals on the show The King of Mask Singer in 2017.

Running Man member – HaHa expressed via Twitter that he felt stunned when he heard, “Let’s go to a good place, Ji Sun. Why … you are our hope”, and “Now it’s so bad … damn … don’t tell me it’s all real”.

The CIX group wrote on Twitter: “We are really, really grateful every time we meet you. Hope you rest in peace “.

UKISS’s Soo Hyun said, “I heard news that I don’t want to believe… My heart hurts. I can never forget the way you always smile every time we meet. Rest in peace, sister “.

Actress Park Ha Sun wrote on Instagram: “I became a fan after reading your post, and it’s great to be able to act with me in ‘Family is number one part 3’. In that place, hope you should rest in peace. You are a kind and kind person so my heart really hurts. ”

Actor Baek Jin Hee said, “I am a warm and kind person. Even when we meet after a long time, I am still warm to you. My heart hurts. Hope you rest in the sky. I will pray for you. ” 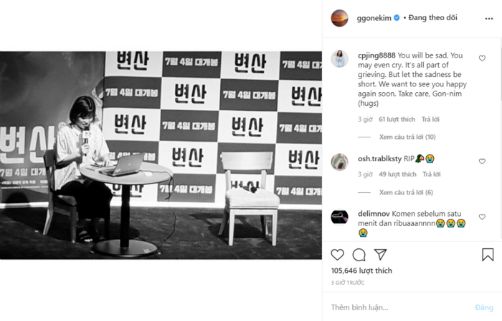 Kim Go Eun uploaded a black and white photo of Kim Ji Sun during the Sunset in My Hometown movie press conference in 2018 on her personal Instagram account. The post did not include any captions, but audiences can feel pain when the female star believes it.

Several broadcasts and live broadcasts were also postponed or canceled after Park Ji Sun and her mother passed away.