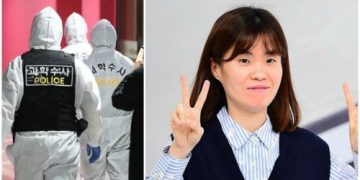 On the afternoon of November 2, the Korean entertainment industry was shocked by the news that comedian Park Ji Sun (36 years old) suddenly passed away. According to the police, the deceased star was found dead with her mother at her home in Mapo-gu, Seoul at 13:44 (KST) in the afternoon.

There was an update to reveal that the police discovered a suicide note. The police speculated that the letter was written by Park Ji Sun’s mother. Due to the scraps of paper found, the police noted the possibility of both having ended their own lives. The content of the suicide note will not be disclosed to the public.

Park Ji Sun’s father has contacted his wife and Park Ji Sun but received no response. Later, he reported to the police and returned home with the dispatched staff when he found out that both had passed away.

According to the police, at 1:44 am, the actress’s father called 119 and said: “I cannot contact my wife and daughter”. The late actress is believed to be treating a chronic illness and her mother went to Seoul to visit her daughter.

In the middle of last month, Park Ji Sun turned down a new show and said, “I don’t feel well so I can’t work. Since there is no manager, I have to self-coordinate the schedule of events. ”Currently, comedian colleagues and the audience are mourning the death of a female artist born in 1984. Currently, the police are further investigation.