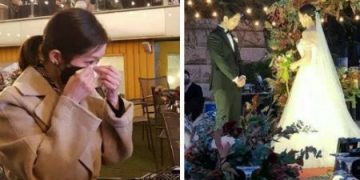 On the night of October 31st, Jang Nara posted a photo on her personal Instagram story without any captions. It is known that the photo was taken at the outdoor wedding of actor Jang Seong Won (44 years old). 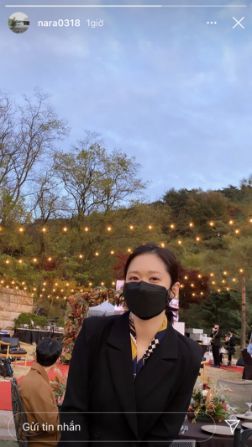 At the wedding, Jang Nara could not hold back tears when listening to her brother sharing his feelings.

Brother Jang Nara held a private wedding with a non-celebrity bride at a restaurant on the same afternoon. The ceremony was attended by close friends, colleagues and close relatives of the two parties. 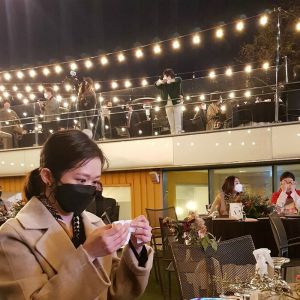 Back in September, Jang Seong Won announced his marriage after two years dating the future bride, who is currently working as a general office worker.

Through his personal Facebook account at the time, director Joo Ho Sung – father of Jang Nara and Jang Seong Won, revealed that the oldest son will hold a simple wedding ceremony with family members, several Best friend at restaurant in Jongno-gu, Seoul. 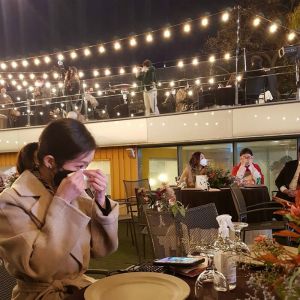 In addition, artist Joo Ho Sung is also committed to complying with the quarantine rules taking into account the current situation, and according to the policies of government agencies. Besides, he also considered the cases of holding a marriage for his son without any guests attending. Joo Ho Sung said, “We are considering broadcasting the ceremony online without changing the date.” 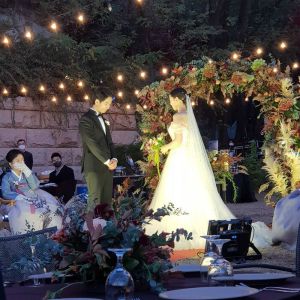 In an invitation-like post, Joo Ho Sung also expressed his love for his daughter-in-law, who is about to become a new member of the family through the hashtag: “Our beautiful daughter-in-law. Thank you for your sake. chose my own son, so we will help you during the wedding photo shoot.

On the other hand, Jang Seong Won debuted in the entertainment industry as a public recruitment agent for MBC in 1995. After that, he continued to act in movies and dramas such as Wish Taxi, Let’s Go To Rose. Motel, Bloody Reunion … The most recent movie he participated in was tvN’s fake king, collaborating with Yeo Jin Goo earlier last year. Currently, he belongs to the same company as his sister, Jang Nara.