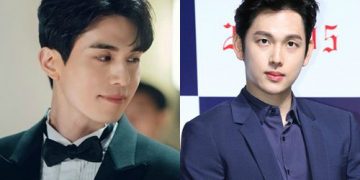 Lee Dong Wook showed his support for Im Siwan with a coffee truck.

On October 29, Im Siwan shared on Instagram photos of a coffee truck sent by Lee Dong Wook to the set of the upcoming JTBC drama “Run-On”.

Previously, the two actors worked together on the 2019 OCN drama “Strangers from Hell”.

The banner on the coffee truck reads: “As expected, you are the greatest work of art I have ever made. For Lee Dong Wook, Im Siwan is heaven ”. In response, Im Siwan captioned his post, “For Im Siwan, Lee Dong Wook is paradise.” They are referring to the Korean movie title “Strangers from Hell”, which means “Strangers is Hell.” 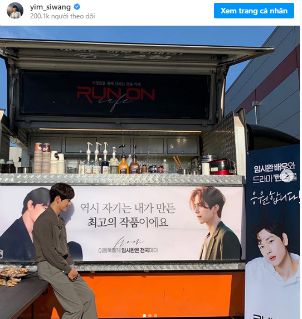 Lee Dong Wook is currently starring in tvN drama “Tale of the Nine-Tailed” and Im Siwan’s upcoming drama “Run-On” with Shin Se Kyung will be a romantic love story about people. try to connect with each other in their own languages ​​after having lived in their own world. The film tells the story of a former athlete named Ki Sun Kyum (played by Im Siwan) who retires from a life-changing event and becomes a sports agent.