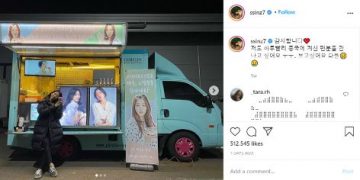 The following is shared by Park Shin Hye on her personal page:
“Thank you❤️
I want to meet my fans in China as soon as possible ㅜㅜ .. I miss you everyone😢😢 ”
After finishing #Alive, Park Shin Hye is concentrating on practicing sports to regain her health and preparing to look for opportunities in new projects.
Previously, Yoo Ah In and Park Shin Hye caused Asian storms when successfully performing #Alive. The film tells about the survival journey between the zombie epidemic of Joon Woo (Yoo Ah In) and the girl living in the same apartment, Yoo Bin (Park Shin Hye). Movie set a record in its first day in theaters. According to the announcement of the Korean Cinema Council on June 25, the movie #Alive attracted 204,071 moviegoers to theaters on its first day of release, June 24.