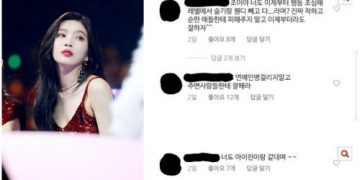 Netizens and Sungjoy shippers react to the news of Red Velvet’s Joy And Crush Confirmed Dating!

After the recent controversy over the rude actions of Red Velvet’s Irene, another member of the group is becoming the target for malicious comments. 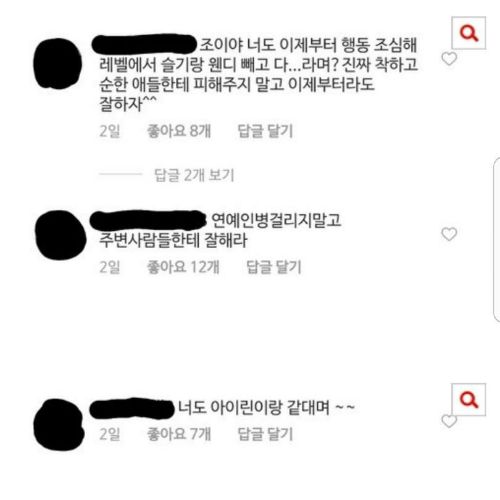 The comments in the screenshot below read as follows:

“Joy, you should really watch your attitude from now on. It’s been known that Seulgi and Wendy are only the kind ones in Red Velvet. Don’t inflict damage to their reputation and behave from now on^^”

“Behave yourself and be kind to people around you.”
“I heard you are as rude as Irene~~”
“Soo Young, according to hearsay..you should really behave okay? Or you will be slain off with Irene ^^”
“You and Irene are the same”

“I hate you and Irene the most”

Other netizens came to defend Joy, saying these people are just using Irene as an excuse to leave malicious comments.