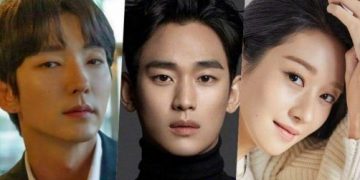 “Asia Artist Awards” (AAA) is an annual award held since 2016 to honor the achievements and contributions of Asian artists in the field of cinema and music.

In 2020, Lee Jung Jae appeared in the hit movie “Deliver Us From Evil”, while Lee Joon Gi had an impressive performance in tvN drama “Flower of Evil”.

Kim Soo Hyun and Seo Ye Ji alone are the couple that got noticed with “It’s Okay to Not Be Okay”, while Jeon Mi Do gained popularity for her role in “Hospital Playlist”.

Han So Hee made a strong impression on audiences in “The Married World” while Park Ju Hyun is currently starring in the KBS drama “Zombie Detective”.

Park Ju Hyun will also be the co-MC of AAA 2020 along with Super Junior’s Leeteuk.